British lighting, furniture and interior designer Lee Broom debuts a series of six new lighting collections. Marking the brand’s 15-year anniversary, Divine Inspiration is the first lighting release for Lee Broom in four years, showcasing a series of new ethereal lighting pieces in a range of materials. Renowned for his theatrical product installations, this is his largest exhibition to date in Milan.

Divine Inspiration began with Broom’s research into the world of Brutalist architecture. This led him to explore places of worship throughout the ages and the monumental design language associated with religious architecture, interiors, and artefacts. With a leaning towards the pared back silhouettes of Modernism and the Brutalist architecture that surrounded Broom as he grew up, these new creations consider how light is often linked to hallowed places, evoking a sense of stillness, reverence, and contemplation.

Known for pushing the boundaries of how materials can be used and for examining the intersection between architecture, art and design, Lee Broom presents 30 new products in multiple configurations, finishes and unexplored materials. These include carved oak, extruded aluminium, plaster and Jesmonite.

Vesper is inspired by the simple geometric lines of Brutalist sculpture and modernist cathedral lighting. Formed with extruded aluminum, Vesper explores the delicate balance and interconnection of its rectangular cubes that seamlessly connected by illuminated spheres. The light sculpture, which is suspended by cables, is shown in both duo and quattro versions in anodized brushed silver and brushed gold.

Other lights from Divine Inspiration include cast Jesmonite ceiling lights inspired by The Pantheon in Rome, an elegant, fluted pendant in carved oak reminiscent of mid-century altars and a brushed aluminum light with reeded glass lightbulbs that can be connected up to 10 meters long. Another is inspired by the glass brick windows of 1970s Post-Modern churches, and a sculptural collection is made from plaster which has the effect of fragile drapery capturing a floating light source. 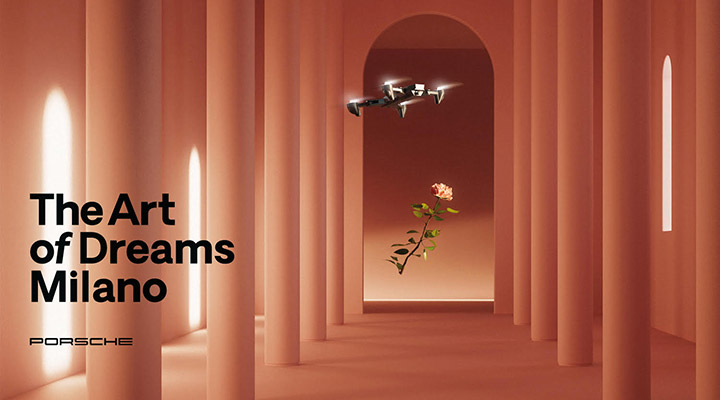